Nietzsche as Solace During Times of Uncertainty

Amor fati: Lover of Fate. That one wants nothing to be different, not in the future, not in the past, not for all eternity. Not only to endure what is necessary, still less to conceal it — all idealism is falseness in the face of necessity — , but to love it…”

Nietzsche’s words can be comforting during times when you feel like you are being pushed to your limit.

Amor Fati—Acceptance and embracing of the eternal recurrence of the same. Lover of Fate. To deem things that are inherently frustrating as necessary. With this acceptance, one can find redemption and freedom.

I know I am doing Nietzsche’s philosophy injustice by shortening his complex concept of Amor Fati and Eternal Recurrence of the Same into a few short words that sound like Self-Help quotes. What I want for us to achieve today is not to write an elaborate Philosophical analysis. Rather, my goal is to explore the positive attributes that one can gain from Nietzsche’s philosophy and then relating it to findings in modern Psychology and Neuroscience. Simply put, I want to dig into why the concept of Amor Fati is therapeutic and subsequently, how it can be useful for people who are curious about what makes the concept useful in uncertain situations.

What makes the concept of Amor Fati comforting is having acceptance as its Psychological undertone. To love what is necessary and what is to come. To accept life’s uncontrollable circumstances.

Instead of worrying, when one accepts the “unfortunate” situation, one can then do something about it. A stressful situation is not the situation’s fault. It is the person who is experiencing stress who can not regulate one’s own emotions. Two people can be stuck in a train station and one feels utter despair and the other finds joy in the circumstance. Amor Fati is saying look, the situation is already here, let us make the most out of it.

It is important to note that Amor Fati is not a form of nihilism. Contrary, Nietzsche meant for it to counter this crippling sense of defeat that people in his time had. The concept is meant to encourage people to accept that all of life has already happened so do not attempt to fight against what is with futile thinking. Rather, embrace that certain situations are necessary and to approach these things with human zest. Amor Fati is to relax your tense shoulders because everything is okay and are going to be okay.

Now let me dive into the Psychological realm and share how choosing acceptance as a lens to tackle uncertainty can be useful.

The human brain’s sole purpose is to ensure the survival of the individual. Our primitive systems are responsible for protecting us during uncertain situations. This is why we instinctively fight, flight, and/or freeze. These mechanisms are wonderful. The problem is when these survival mechanisms go on for an extended period of time to the point they are counterproductive.

For instance, overthinking about how the airplane will crash for the whole duration of a fourteen-hour flight is unhealthy. Feeling angry every single day about what a friend said 2 months ago is not serving anyone. Suppressing sadness to the point of depression is not useful.

Emotion acceptance refers to the process of observing and allowing emotional experiences to occur as they unfold in the context of the present moment (Ellard et al, 2017).

Sometimes, the wisest thing one can do is to accept the situation and take control of what one can control—one’s perception of the situation. What we are doing here is taming the monkey mind. Telling it, everything is okay, accept this craziness and let us solve this problem in a calm manner. Perceiving a situation that is uncertain as one that is necessary, one can then start being proactive.

Brain research now shows that choosing to accept instead of worrying is healthier for individuals. Ellard and her colleagues (2017) contrasted emotional acceptance to maladaptive emotional regulation strategies such as worry and emotion suppression. They examined patterns of neural activation associated with the use of these regulation strategies in response to individualized, personally relevant worry statements.

The researchers found emotion acceptance was associated with significantly decreased early-phase amygdala and hippocampal activation relative to worry. Emotion acceptance resulted in both a dampening down of early limbic and salience-related responses.

What this says is by choosing to accept, the limbic system does not go on overdrive thus its natural tendency to inhibit the decision making parts of the brain is halted, thereby allowing the frontal cortex to still properly function in times of distress.

Acceptance does not mean a mere letting go, it a nod to the reality that is. Negative emotions happen when we impose our individual should be’s into a world where there are conflicting interests. Injustice, suffering, evil—these all exist in this world.

By first accepting that injustice exists, one can then make amendments and move toward justice. But closing one’s eyes and thinking that things that harm us do not exist is like living in a fantasy that will one day get pierced by reality.

Acceptance is our greatest tool against the craziness of this world because it allows us to gain a realistic picture of what is happening and not what ought to be happening. Knowing what is really happening allows us to strategize effectively. 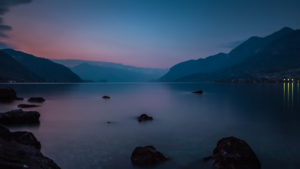 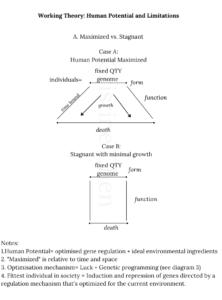